The destruction on December 6, 1992 of the 16th-century mosque in the holy town of Ayodhya in the northern Indian state of Uttar Pradesh was a seminal event in the relationship between Muslims and Hindus in India, who say the site where the mosque stood is the birthplace of Lord Ram.

The dispute over Babri Masjid - Ramjanmabhumi issue is the most complicated and tension provoking in India, as it has taken whole of the country in the grip of communal tension and hatred for the last three decades. It was a matter of deep pain that Ramjanmabhumi i.e. the birth place of Ram (according to Hindu community), which ought to be a sacred place of worship, took the shape of battle-field for both, the Hindus and the Muslims. The communal fire started from here spread to the whole country. This dispute, in recent years has become the most important reason for a deep deterioration of inter-communal relationship and communalisation of Indian political process. In the year 1986, the doors of the disputed shrine (Babri Masjid) were opened for the Hindus, so that they may be enabled to perform worship of deities, enshrined there, on the order of Faizabad court.

In 1989, foundations of a temple were laid on land adjacent to the “disputed structure”.

Even after the opening of doors for Hindu, the dispute took the form of a national crisis in the year 1992, when the Masjid was demolished with an intention to build a temple at that very site.

Ten days after the demolition, the Liberhan Commission was set to probe the incident and they submitted their report on June 2009 (almost 17 years after they began the inquiry), naming LK Advani, Atal Bihari Vajpayee and other BJP leaders behind the act.

Where did it all started?

The idols of Ram Lalla were placed “surreptitiously” under the central dome of the Babri Masjid in 1949. In the next year, Gopal Simla Visharad filed the first suit in the Faizabad Civil Court for rights to perform puja to Ram Lalla. Paramahansa Ramachandra Das, on the other hand, filed a suit for continuation of puja and keeping idols in the structure.

In 1986, the District Court ordered the removal of locks and opening of the site for Hindu worshippers. In 1991, the Uttar Pradesh government acquired land around the structure for the convenience of devotees coming for Ram Lalla darshan. In 1993, the Centre took over 67 acres of land around the area and sought the Supreme Court’s opinion on whether there existed a Hindu place of worship before the structure was built. In 1994, the litigation reached the Lucknow Bench. The suits were heard from 1996 till September 2010.

On September 30, 2010, a three-judge Lucknow Bench of the Allahabad High Court, upholding the Hindu belief, gave its reasoning that the “world knows” where Ram’s birthplace is. It ordered a partition of the site occupied by the Babri Masjid equally among the U.P. Sunni Central Waqf Board, the Nirmohi Akhara and Ram Lalla, the deity.

In May 2011, on appeals by the Sunni Waqf Board and other parties, the Supreme Court stayed the judgment, calling it a “leap of faith.”

In its 2017 UP election manifesto, the BJP said, “it will explore all possibilities within the purview of the Constitution to construct a Ram Mandir in Ayodhya”. The BJP returned to power in UP after 15 years. Newly appointed Chief Minister Yogi Adityanath asked his officials to begin work on implementation of the poll promise.

On March 21, 2017, the Supreme Court says the matter is sensitive and should be settled out of court.

The Babri Masjid - Ramjanmabhumi dispute, since its emergence has been firmly connected with the Indian politics. After the independence, for quite a while it had been embraced in lawful systems and politics has crept in it, every once in a while in different ways and with various motives. But politics is mere politics, especially in India, where for politicians, every issue social, religious, economic and spiritual is a political game and a significant means of gaining votes and power. The dispute emerged as a religious matter and later on took the shape of a legal controversy. At the point when judiciary failed to settle the issue for a long period of time and could not resolve it, at that point this legal issue turned into a political. After independence, till seventh decade of last century, it did not attain much political ground among the major political parties. It has attracted the political parties to make it a source for getting votes since the beginning of eighties. It is likewise a remarkable certainty that the Mandir-Masjid issue proved a cause of downfall of the two ruling parties at the centre (V.P Singh and Chandra Shekhar’s government).

The Supreme Court on September 27, 2018 declined to refer the question that “a mosque as a place of prayer is an essential part of Islam” to a Constitution bench. The crucial verdict also paved the way for holding the hearing on title suit on October 29. The1994 judgement of the Supreme Court had observed that “a mosque is not an essential part of the practice of the religion of Islam and namaz can be offered anywhere, even in the open”. The apex court’s decision today will be on a raft of petitions by a few Muslim groups challenging this 1994 judgement.

Justice Ashok Bhushan, who read out the judgement for himself and the CJI Deepak Mishra, said it has to find out the context in which the five-judge had delivered the 1994 judgement. Justice S Abdul Nazeer disagreed with the two judges and said whether mosque is integral to Islam has to be decided considering belief of religion and it requires detailed consideration.

Of the three judges hearing the matter, Justice Abdul Nazeer dissented from the majority judgment. He held, “That what is essential to religion as laid down in Ismail Faruqui was arrived at without comprehensive examination of religious texts and hence the issue needs to be re-examined in detail.”

Justice Nazeer wanted Ismail Faruqui verdict to be read in line with Shirur Mutt case. In the Shirur Mutt case (1954), it was held that the term “religion” will cover all rituals and practices “integral” to a religion. The SC took upon itself the responsibility of determining what is integral. The court said that the question of religion would be decided by taking into consideration what the religious denomination considered essential or crucial. This is called the “essentiality test”.

BJP leader Subramanian Swamy also mentioned that now the judgment on the Ayodhya land title case was not far. He has said that he will move to the Supreme Court on Friday to request for expedited hearings in the case. He said he will move his plea on the grounds that his fundamental right to pray supersedes the Sunni Waqf Board's ordinary right to property and hence the court will ultimately rule in favour of Hindus.

Stamp Duty on transfer of Shares and Debentures

Benefits available to an employee under ESI Act.

Are Adultery Laws Biased in India

5 laws in India that concern your treatment by hospitals... 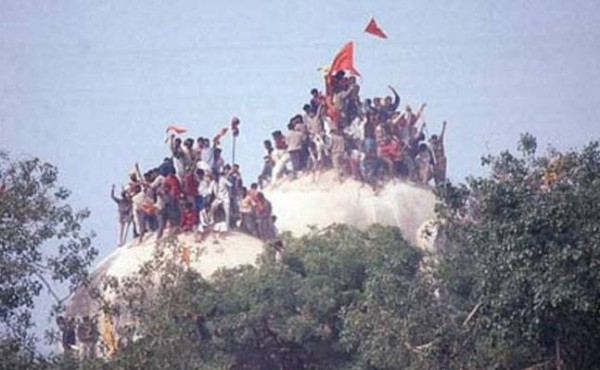 DISMISSAL, DISCHARGE, TERMINATION AND RETRENCHMENT OF AN...

It is mandatory to install safety accessories (hand grip... 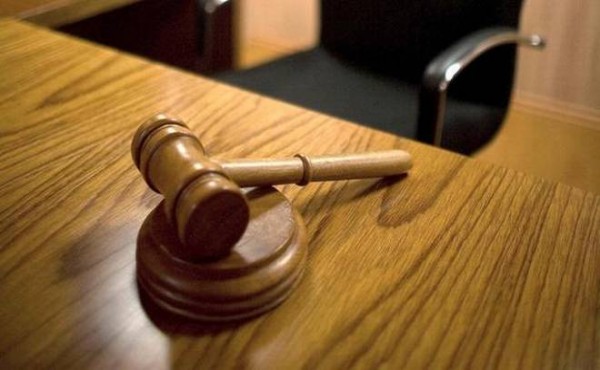 Constitutionality of Section 497: Is it gender neutral?